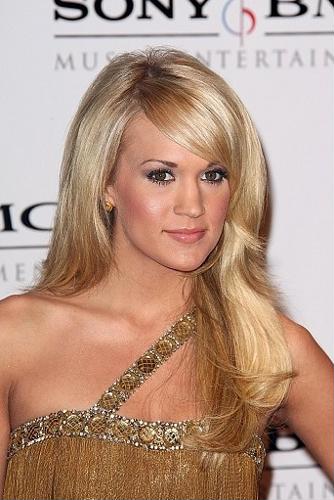 Carrie Underwood played it safe at the beginning of the Country 2 Country Festival in London, but her latest look at the event reminds us just how much of a bold country star she is. She traded in her 9-to-5 chic fuchsia-pink dress with embroidered silver detail for some trendy rocker attire, People magazine reports. Skin-tight silver pants, a black top with cap-sleeved detail, black leather booties and plenty of silver jewels made her go from a pretty blonde to a center stage superstar.

Wearing several chain necklaces and an array of chunky cuffs, bangles and sparkly bracelets around her arm, Underwood looked like the epitome of an edgy country rocker. While some fashion experts critiqued her for the safe look she adorned during one of the earlier events of the festival, the American Idol winner proved that she can pull off an everyday look as well as a glammed up, show-stopping ensemble whenever she wants.

The blonde singer with killer style and amazing pipes keeps busy, whether she's making appearances at events worldwide or performing on stage for thousands of her fans. The lineup for the 48th Annual Academy of Country Music Awards has just been announced, and Underwood is one of several top performers from the genre to make the cut. Along with Tim McGraw, Taylor Swift, Kenny Chesney and Eric Church, Underwood will perform one of her latest hits, which will likely be a track that fans have seen her sing during her current "Blown Away Tour" that's storming through Europe and North America.

This year, she's nominated for Female Vocalist of the Year - her eighth consecutive nomination for the category.

If you want to emulate Underwood's country-rocker style, try piling up the silver jewels on your arms and neck with pieces like the Silvertone Metal Multi-Chain Beaded Waterfall Necklace and the Silver Tone Metal Hammered-Style Cuff Bracelet.