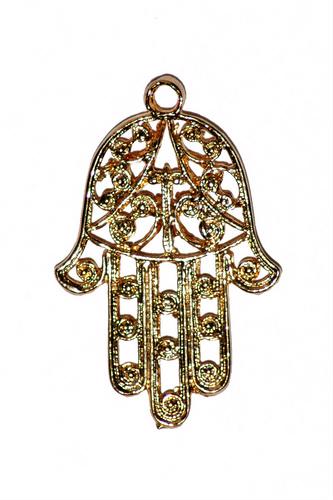 For centuries, women in cultures across the globe have been donning metallic accessories to beautify themselves. Though trends are continually evolving, there are certain mainstays that remain important symbols, and additionally, fashionable statements.

Jewelry is a great way to demonstrate your appreciation for a different culture and add flair to an otherwise bland ensemble. Further, global pieces are actually making a serious comeback. If you're overwhelmed by the concept of embracing these kinds of baubles, consider the following ideas.

The evil eye
Refinery 29 reported that the evil eye has become a "must-have motif" for a multitude of accessories. The origin of the symbol is rooted in a superstition from ancient Greece and Rome, which indicated that a malicious stare is strong enough to cause harm to its subject. Those who believe this lore maintain that wearing a piece of jewelry with the evil eye can safeguard you from any ill intentions. The concept has come a long way from simple beads. Even runway models have been seen sporting extravagant, sometimes sparkly pieces with the iconic symbol.

Ready to make the look your own? Slip on the Blue Crystal Pave Eye Ring In 14k Gold-Plated. Not only will your finger get some seriously eye-catching dazzle, but you might also be granted with protection and good fortune.

The hamsa
Some of the most fashion-forward celebs in the film and music industries have been donning pieces with this Middle Eastern symbol, according to The Daily Mail. The news outlet revealed that Jennifer Aniston was spotted with a hamsa necklace while at a party in New York City, while Gwyneth Paltrow has recommended a hamsa bracelet on her lifestyle website. "Made in Chelsea" star Millie Mackintosh, and pop singers Britney Spears and Rihanna have also reportedly embraced the trend. The Daily Mail noted that the hand-shaped symbol can be traced back to Jewish and Muslim cultures. Hamsas with spread out fingers are believed to ward off evil spirits, while those with fingers tightly together are meant to bring good luck.

Follow in your favorite starlets' footsteps with the Diamond Accent Hamsa Hand Disk Pendant In Sterling Silver, which also comes in a rose gold and yellow gold finish. The piece is sleek, delicate and perfect for layering. On its own or with other baubles, the hamsa is supposed to offer you health, happiness and fortune.

The dreamcatcher
According to Lifescript, the story behind dreamcatchers states that the web can trap nightmares and let good dreams slip through the hole in the center. When the sun rises in the morning, the rays cause the bad dreams to disintegrate. Still, some of the dreamcatchers you see today are imitations - and tacky ones at that.

The Buffalo Nickel Yellow Gold Tone Dream Catcher Pendant With Tiger Eye Stone With 24" Chain has an intricate design, and looks stunning dangling from your neck. Because it comes with a certificate of authenticity, you can rest assured it's the real thing.