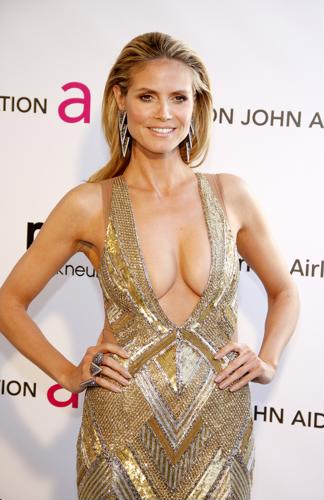 Heidi Klum is no stranger to the runway or the red carpet, and she proves time and again that she has knows how to dress at every event she attends. The former supermodel recently arrived at the auditions for the upcoming season of "America's Got Talent," where she announced she will be a judge on the new season. According to People magazine, Klum looked fantastic when she arrived in a tight black mini dress, which she paired with bangle bracelets.

Those involved with the show are excited to have Klum on board, and she will join fellow judges Howard Stern, Howie Mandel and former Spice Girl Mel B.

"As we look to develop an act that will get the world's attention, we and the contestants will benefit from Heidi's international sensibility and understanding of what works in today's global entertainment industry," NBC president of alternative programming, Paul Telegdy, said in a statement.

She also recently looked stunning when she arrived at the 21st Annual Elton John AIDS Foundation Academy Awards Viewing Party. She dazzled in a gold dress with a plunging neckline - she matched the look with statement earrings.

Those who want to emulate Klum's style can do so by purchasing costume jewelry such as the 14k Yellow Gold-Plated Marquise-Shaped Filigree Chandelier Drop Earrings for much less.