Mix menswear into your feminine look 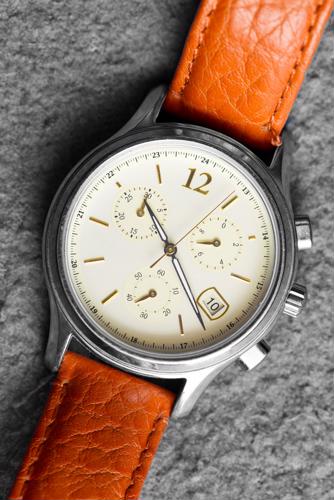 It doesn't take much to accentuate a Jason Wu ensemble, especially when worn by Diane Kruger. The German actress attended the 2013 FX Upfront Bowling Event at Lucky Strike Lanes in New York City, dressed in a complete look from the Jason Wu Fall 2013 collection: off-white polka dot silk halter top and black peplum pants. The style combined the classic menswear look with femininity, which she perfectly complemented with a simple, black leather band watch. That one gender-neutral accessory helped tie her whole look together, along with a bright red box clutch - the only pop of color in her ensemble.

The event aimed to entice ad buyers to purchase prime TV real estate on its array of channels with a fun night of bowling at the bustling New York venue. Throwback tunes like "Boogie Shoes" was the musical entertainment for the evening, according to Variety, and participants were given plenty of time to practice before hitting the lanes for the real deal.

Diane Kruger attended the event to support her longtime beau, Joshua Jackson, who stars in the FX series "The Bridge," which is scheduled to premiere in July. The starlet, who recently attended the New York premiere of her latest film, "The Host," has a tendency to pull off any look she tries, even when they're something as stylishly daring as the peplum pant. The look, worn by other celebrities such as Kim Kardashian, is tricky to pull off, but Kruger makes all the right moves with this androgynous yet flirty look.

If you're looking for ways to add stylish menswear pieces to your otherwise feminine ensembles, one easy and subtle option is with a classic leather band watch like Kruger's. You can try a bold face like the Men's Nautica Spettacolare Chronograph Watch In Tuton, which is a trendy and unique contrast to your dainty wrist.